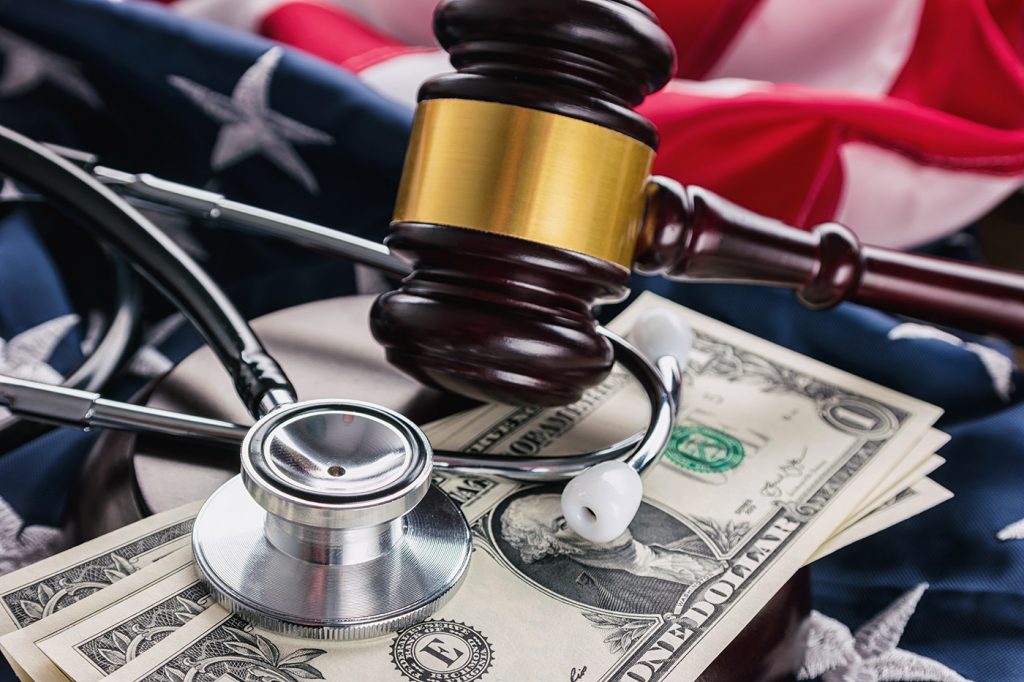 A decision in a California appeals court could have implications for the future of opioid litigation and the liability of Big Pharma in the opioid crisis. After Travelers Property Casualty, an insurance company for Watson Pharmaceuticals, submitted a motion for Declaratory Judgement, the court decided that the insurer was not obligated to cover, defend or indemnify the Pharma company in an ongoing lawsuit over its role in the opioid crisis.

Two California counties and Chicago filed suit against Watson (known as Activis Inc.), claiming that the company used deceptive marketing practices to foist opioids on those communities, which now suffer immensely from problems related to opioid addiction. Now, thanks to the ruling, Watson will potentially have to suffer the consequences of its alleged negligence.

The decision stands as an exemplar ruling for those seeking justice in the ever-growing opioid epidemic. Other states have tried and failed to achieve similar goals. West Virginia, for instance, put its best foot forward in a case against Activis, but the Fourth Circuit’s interpretation of a South Carolina law led to a ruling in Activis’ favor. The court held “that there is at least a possibility of coverage under the Liberty Mutual CGL policy, and Liberty Mutual thus has a duty to defend J M Smith in the underlying action.”

This Was No Accident

The Fourth Appellate District Court in California reached a very different conclusion: “The policies cover damages for bodily injury caused by an ‘accident,’ a term which has been interpreted to exclude the insured’s deliberate acts unless the injury was caused by some additional, unexpected, independent, and unforeseen happening,” wrote Associate Justice Richard J. Fyble for the three-judge panel. Thus, because Activis’ alleged actions were intentional, the resultant injuries could not be deemed accidents, leading the court to conclude: “Travelers has no duty to defend Watson under the policies.” The appellate court affirmed a decision already put forth by a trial court.

The Appellate Court added that the insurance policy strictly excludes coverage for “bodily injury … arising out of” Activis’ goods or products, or any representations of those goods or products. The court interpreted the phrases “arising out of” and “resulting from” as broadly construable to indicate “only a minimal causal connection” – an assertion that the defense wholly disagreed with. The defense argued that exclusion from the coverage policy required the stricter conditions of tort causation. According to the defendant, the product would need to be defective.

Thus, baked into the court’s decision is a recognition of the fact that, if the plaintiff’s claims are true, opioid manufacturers have played a direct role in the opioid crisis. Even if the drugs are not defective – and are working as intended – the misleading representations of those goods and the goods themselves have resulted in “addiction, overdosing [and] death,” which were “neither unexpected nor unforeseen.”

Travelers won a similar case once before, when it argued in 2016 before the Eleventh Circuit US Court of Appeals, which made the same ruling as the California Appellate Court.

The court’s decision comes amidst the ongoing battle – commenced by states, localities and individuals around the country – against opioid manufacturers. Big Pharma has collectively turned to commercial general liability (CGL) coverage for protection in these lawsuits. But now, in light of the November ruling in California, CGL may no longer provide a strong hold for opioid manufacturers. At the very least, they will feel more pressure to make sufficient arguments.

For now, in the state of California, there is no consensus on the interpretation of the phrase, “arising out of.” This means each individual case, unable to rely on univocal rulings, will need to consider the relevant facts.

Looking forward, we will have to wait and see how this decision ripples through the courts and whether it will serve to benefit people who have been harmed by the opioid manufacturers’ actions.

When the U.S. Food and Drug Administration (FDA) issued its January 2020 safety communication warning of a possible … END_OF_DOCUMENT_TOKEN_TO_BE_REPLACED

We live in an era in which popping a pill to feel better has become the norm. There are pills to control our blood … END_OF_DOCUMENT_TOKEN_TO_BE_REPLACED